There will be hats!

The last two years SP.SE participated in Winter Bash, which lets our users earn and wear hats on their user profile image. You earn hats through participation in asking questions, answering questions, getting up-votes, voting, commenting and sharing to mention a few things. Exactly the same things you’re doing here to earn reputation and badges. However, there is a twist; you don’t know what will earn hats. Suddenly, it just appears in a hat-gallery where you can pick the hat of the day. It’s all up to you, hat or no hat. You can chose not to wear any of earned hats. This event is a way of celebrating the many amazing people who make this site awesome. 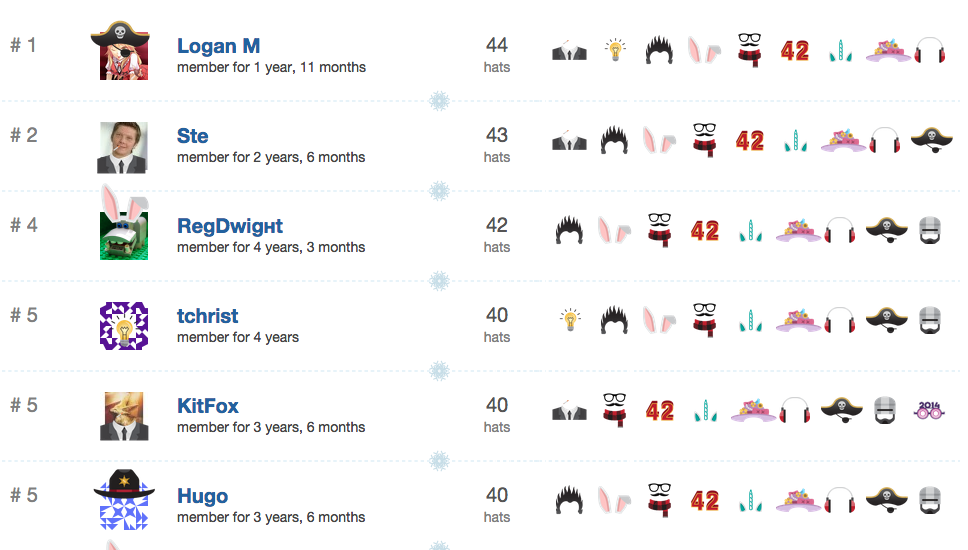 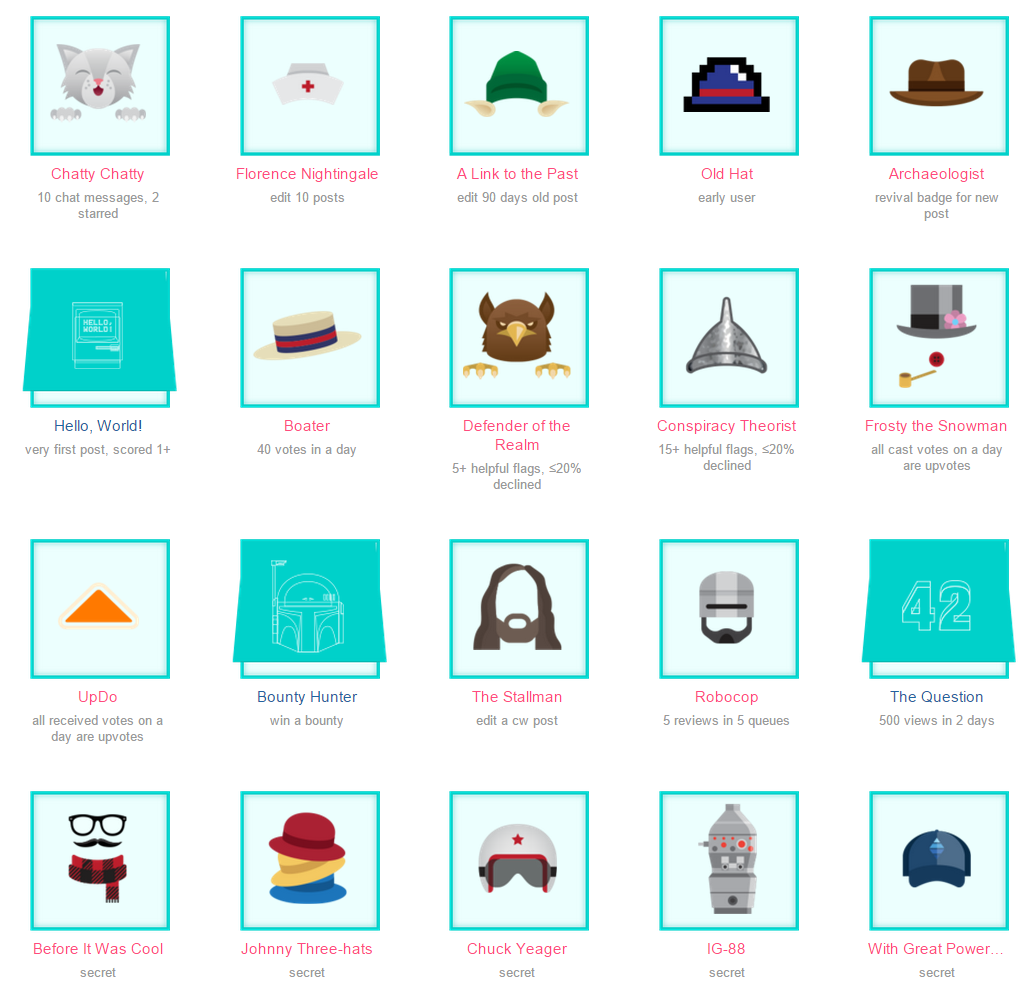 This event will run from 15 December 2014 to 4 January 2015. Users will be able to see their entire hat collection on http://winterbash2014.stackexchange.com/. That site will also have a landing page, explaining the rules and other details of the event.

Last year we had a community voting on whether or not to participate on this event. This year however, having in mind the overwhelming positive response back then, we will participate this year as well. The moderator team have already opted in for this event.

Individual users who don’t want to participate, don’t want to see hats, and/or are generally anti-hat will have an “I hate hats” option available. In addition, just like last time, at the end of the event, all hats will go back into storage.

We cannot confirm the rumor that there will be better version of the Twilight Sparkle hat, nor a Unicorn hat.

What can I say? happy to know, but after your preview, I hope that the hat will be true this year.

22
SharePoint Overflow joins the Stack Exchange 2.0 family
12
Sharepoint.SE Birthday Celebration?
11
Like hats? You can have one by celebrating the holiday season with StackExhange!
21
Do we want hats?
4
What's your take on the death of InfoPath?
15
Microsoft issues free exam vouchers on Office 365 (and Azure)
13
Winter Bash 2015 - the Hat Competition