However a moderator deleted my second answer which is actually the stronger of the two. Both are worthwhile keeping.

What should I do?

How can I customize the display of BDC search results?

Yes, two answers on the same question is OK. Especially if the question is a high-end reasoning multi-faceted question. And it’s also equally OK to post a blog post (i e two-problem answers in the same post) which deals with the entire solution of several problems. If you want to have a go at the accepted answer check-mark, one single all-inclusive answer is better than two.

You've managed to put the finger on a problem we've never dealt with before, and this actually calls for a badge. For you to ware with pride.

What we have here is the difference between the details and the overall solution to a question with multiple problems. One could argue that it’s too broad and should be divided into several questions since there are multiple problems (the problem oriented approach). One could also argue that an SP.SE-user have an issue reported from several users – that search result doesn’t display how we want it displayed – please change (the user oriented approach).

I’m very biased here since I’m also engaged as a moderator and high-rep user of User Experience.SE, so take this into account when you read this. To me any line of code, any framework or any service is of no value until it is used by actual users. And those users need to benefit in either simpler, cheaper or faster work to accomplish their daily tasks. Because on the bottom line a BDC doesn’t matter, a Search Service Application doesn’t matter and even SharePoint doesn’t matter. All that matter is business (say hi to Dan Holme who presented this notion on ESPC 14 in Barcelona). If we can prove that we save resources or gain resources from our solutions, then and only then, we do a difference (and are worthy of our salaries). 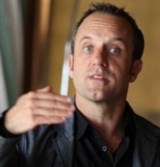 So if an SP.SE-user has a question with several problems that doesn’t take a book to answer, then I (myself) think it’s not only OK but encouraged to post such a question. We have far too many in-detailed questions on which parameter value that works or how one should elevate user permission to get access to the damn list item that require full control permission level.

Pardon me, but this community would gain greatly by accepting high abstraction questions and level-up from its sometimes too narrow scope.

General Disclaimer: This answer is my own, and have not been discussed among fellow moderators. Consider it as an out in the open discussion of what we want SP.SE to be and not as a community moderator rule.

Not the answer you're looking for? Browse other questions tagged discussion .