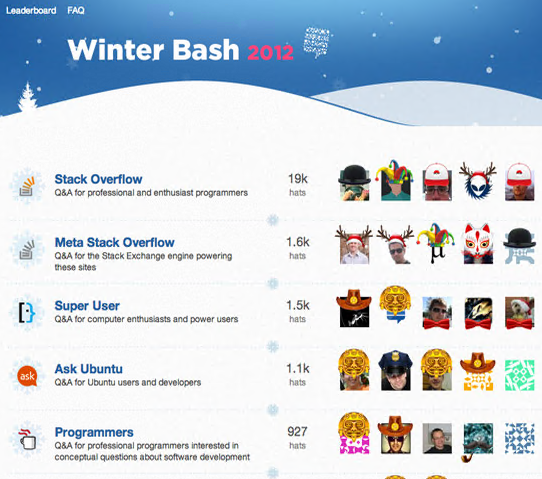 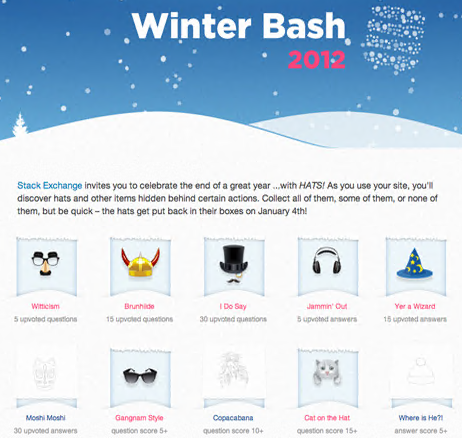 12
Sharepoint.SE Birthday Celebration?
11
Like hats? You can have one by celebrating the holiday season with StackExhange!
13
There will be hats!
1
Criteria for answering a question referring to your own solution/tool
13
Winter Bash 2015 - the Hat Competition
27
20K celebrations or do we want to cleanup those unanswered questions?
6
Can tags effectively isolate the set of solution avenues to which I have access?
1
Is it bad form to say what kind of replies you don't want?